My next book, Jihadists of North Africa and the Sahel, is slated to come out around September of this year. It is currently in proofs. In light of the reported death of al-Qaida in the Islamic Maghreb (AQIM)’s Emir Abdelmalek Droukdel, which I wrote about here yesterday, I thought I would share a few passages from the book.

1. From p. 20, on the regional sphere (not just global or local) as a key level of analysis when thinking about jihadism. The context is a discussion of Droukdel’s 2008 interview with the New York Times:

2. From p. 69, a teaser about coalition politics within the Salafi Group for Preaching and Combat (French acronym GSPC, the predecessor organization of AQIM) and the GSPC’s process of affiliating to al-Qaida. This is a portion about the dethronement of GSPC leader Hasan Hattab, the rise of Droukdel’s mentor Nabil al-Sahrawi/Mustafa Abu Ibrahim, and Droukdel’s own path to the top spot: 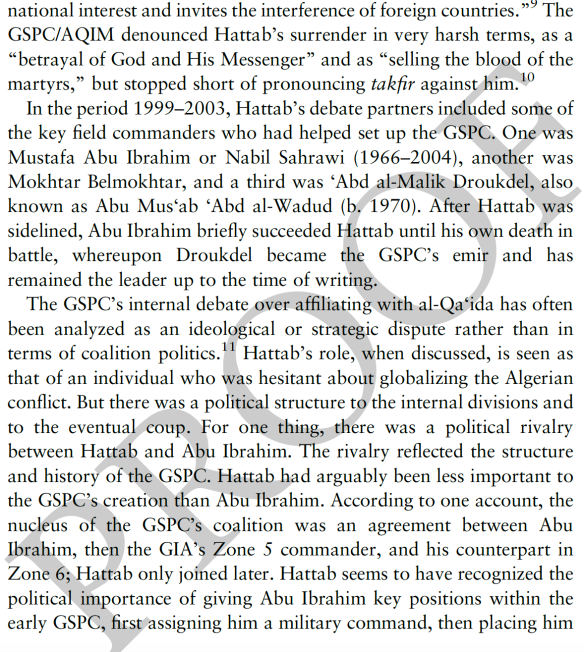 3. From p. 72, a bit more about the structure of the GSPC in the early 2000s and how “bureaucratization” enabled the internal coup against Hattab and paved the way for Droukdel’s rise: 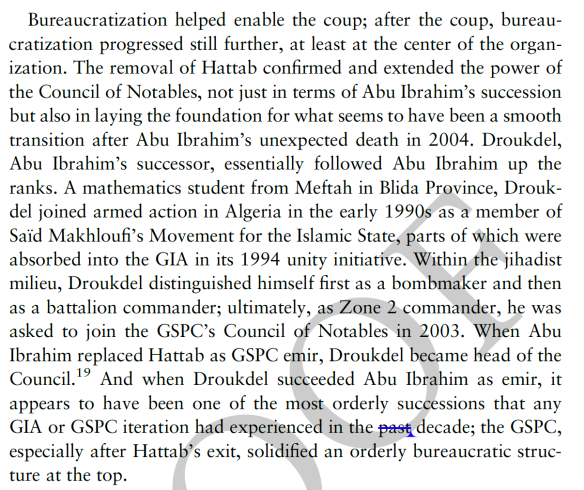 (Note: I changed “past” to “preceding” there when reviewing the proofs, hence the blue line you see.)

4. From p. 74, on how bureaucratization nevertheless had limits: 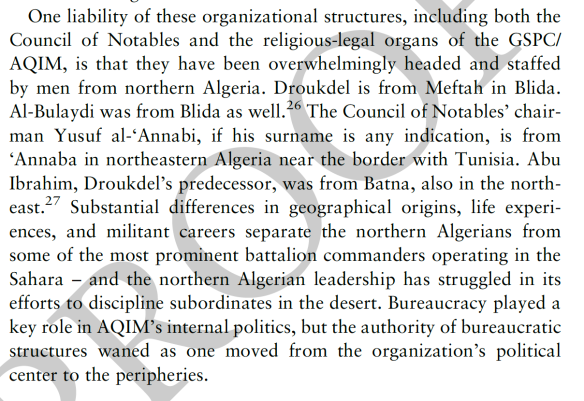 5. And from p. 92, on debates between Droukdel, Abdelhamid Abu Zayd, and Mokhtar Belmokhtar: